Breakthrough UK hard rockers, STONE BROKEN, are celebrating the start of a UK headline tour this week by announcing a 24-date run across Europe as Special Guests to GLENN HUGHES and his band early next year.

STONE BROKEN will be joined by Orange County (USA) groove rockers, IDLEWAR and young Welsh upstarts, FLORENCE BLACK for a run of dates that includes a mainstage slot at Planet Rockstock on Fri 2nd December.

Vocalist/guitarist, Rich Moss says: "We are really looking forward to this tour; three talented hard rocking bands on the road – you simply can’t beat it. Couple that with our announcement that we will be joining the legendary Glenn Hughes across Europe in January & February, it’s a fantastic time to be in STONE BROKEN. We are humbled but ready to tear up some stages.”

He added, “We have recently joined up with renowned, booking agents, TKO and our remit to them is that we want to tour, tour, tour. As much as we love the reception our debut album has received, it’s in front of a rabid rock’n’roll crowd that is the true home of STONE BROKEN.” 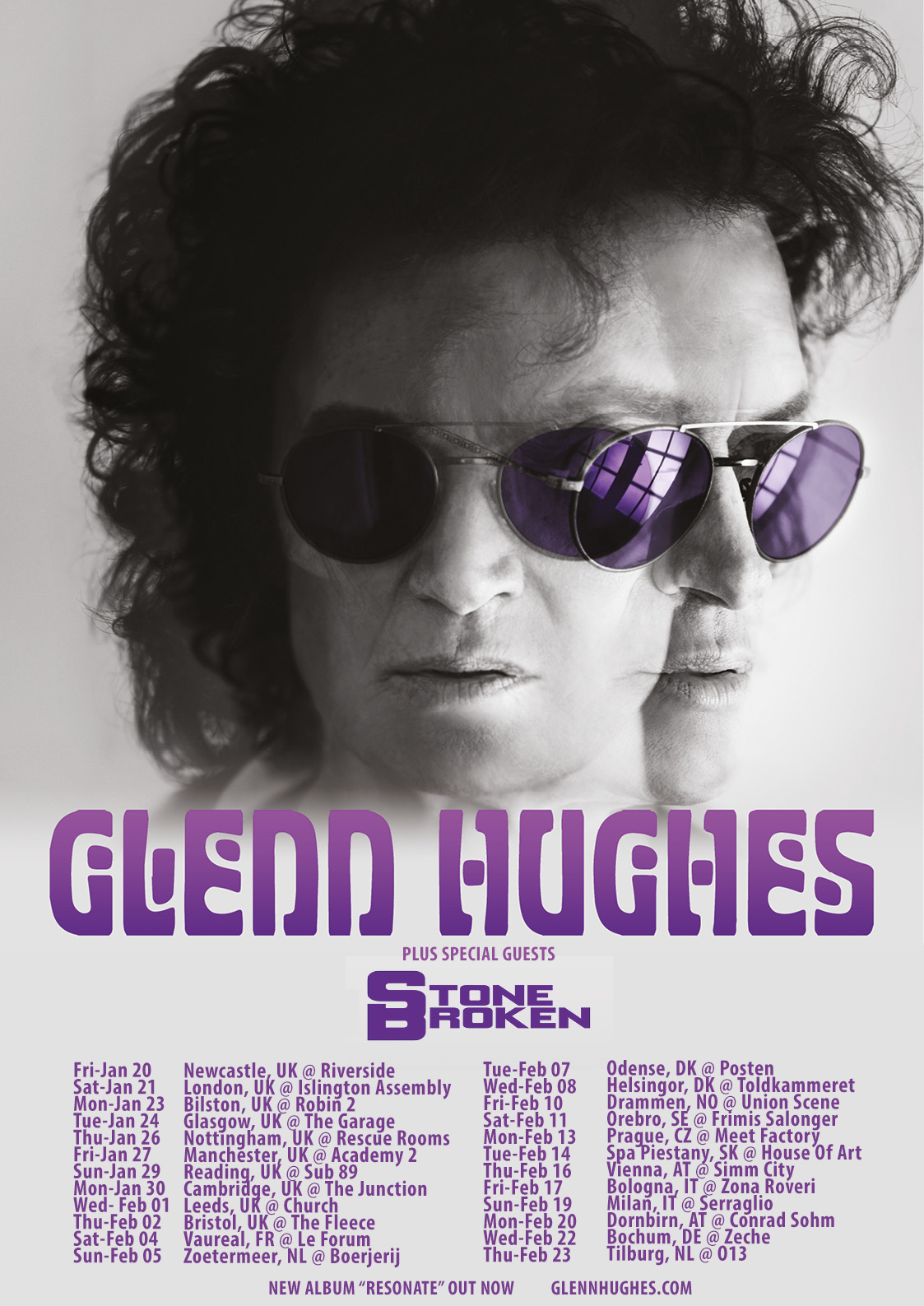